Super moon 19-03-11 i took this photo through my mak90 with my DSLR 350D and then played around with it in photoshop to get the details and difference in darkness, as shooting the full moon washes out the detail in the moon, as the sun light is direct onto the mountains etc. so to get the detail and colours in some post processing is needed. 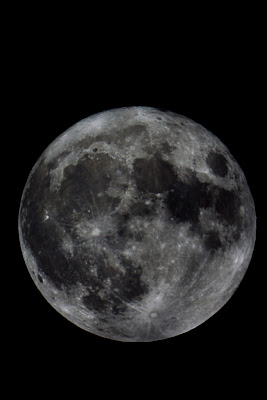 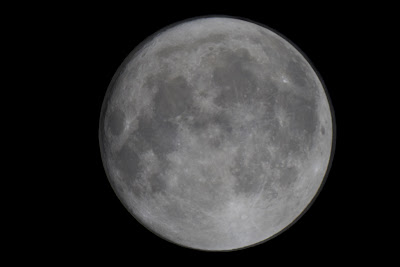 Towards the end of the night it clouded over so i got some moon halo shots. 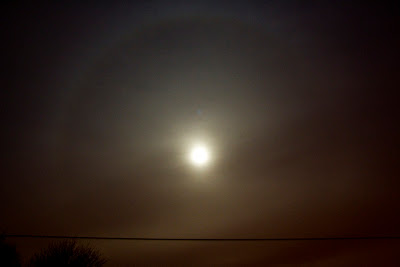 Posted by Backwards lamb at 08:52 No comments:

On saturday night (the night of the supermoon) i had a night sitting in the garden just observing. it was a nice night, cool but not cold no frost and an awesome moon! and as i was taking a few shots i heard geese flying around ( i often hear them at night) and i thought to myself wouldn't it be great if they flew in front of the moon and low and behold they did and i had but a split second to take the photo but i got them just before they got out of line with the moon.
im so happy with this shot, i feel i was very lucky to have got it. :) 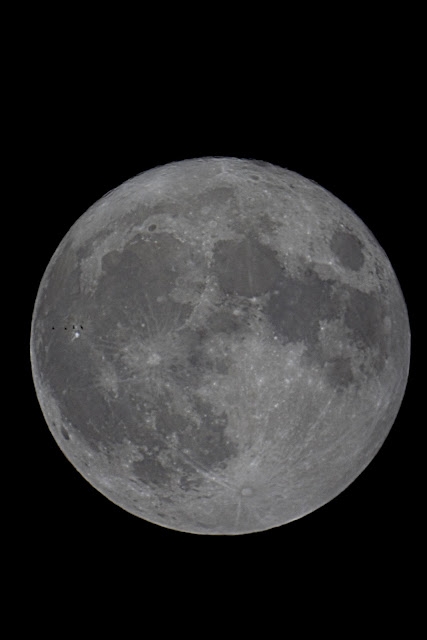 it has been sharpened in PS after but its pretty much shot as is.

super moon and geese!
Posted by Backwards lamb at 16:47 No comments: 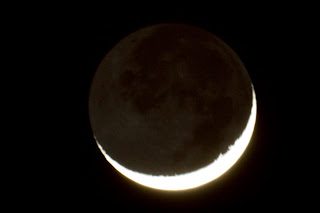 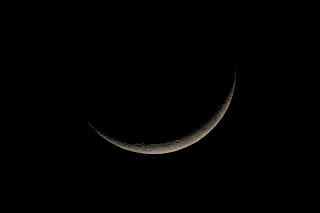 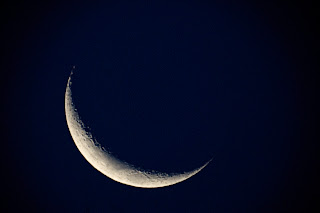 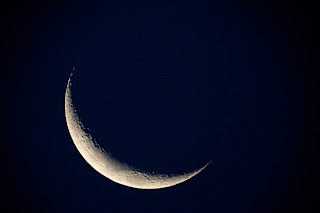 Posted by Backwards lamb at 14:12 No comments:

so seeing as it was very nice and clear last night i thought i would go for another bike ride to a nice feature near where i live. is this fighter jet in a junk yard (which when i was in school was just a field with a plane in it) i looked on google and i saw it had a fence with is fine with me i can shoot through the fence but when i got there there were night watchmen in the portacabins so i even try to take some photos. also there were some very loud barky dogs, so i knew even if i tried to take a few pics they would give me away. :( 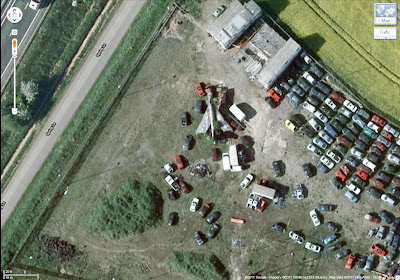 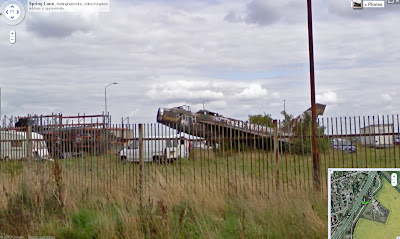 Posted by Backwards lamb at 04:37 No comments: 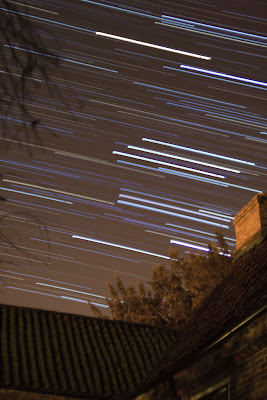 long exposure orion over the roofs. this was about 45mins of short (10/15second) exposures.  this was taken over my parents house while i was there dog sitting. i think i used a 28mm canon fd fit lens with an adapter on my 350d crop body which makes it to be about 44.8mm tripod mounted in their back garden and left to do its business. then i stacked it all in photoshop. 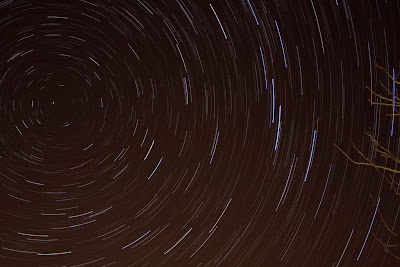 Long exposure towards the pole star. around an hours worth of shots of around 10 seconds long.
this was taken through a 19mm lens with my canon 350d i just went into my back yard pointed it slightly off north at the great bear and left it going and stacked it in photoshop an hour or so later. 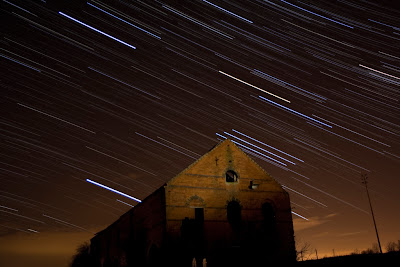 orion behind an abandoned bard/factory near where i live. This was around 50 mins worth of 15 second exposures about 183 in total as a few were bad, 19-35mm lens on my 350D body at the 19mm setting.
I cycled out to this place with my camera and a tripod and some tea and stood in a field for over an hour while the photos were taken while little scuttling animals ran around and foxes shouted and dogs barked. t'was interesting.
Posted by Backwards lamb at 08:25 No comments:

saturn stacked image. webcam video stacked in astrostack. This was my first attempt at stacking saturn from a webcam image. 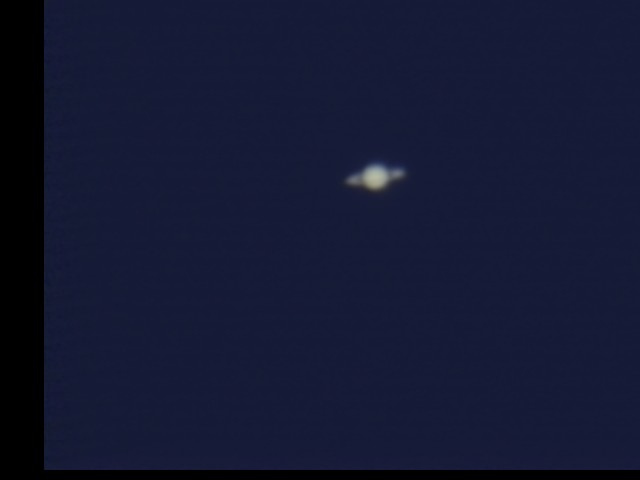 Jupiter and four of its moons, this image was a straight shot through C90 Mak with the 350d , no stacking here. 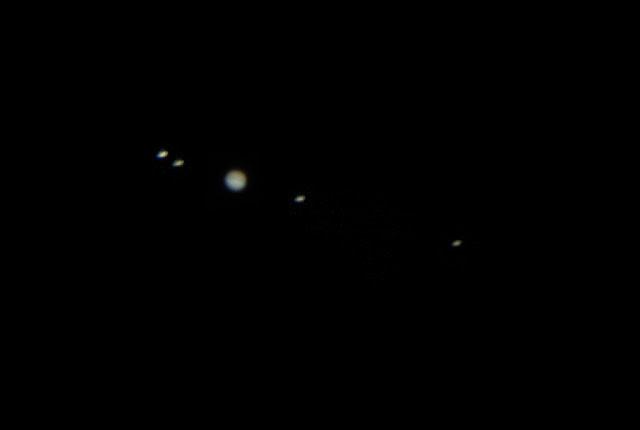 astrolambs flickr
Posted by Backwards lamb at 06:38 No comments:

Email ThisBlogThis!Share to TwitterShare to FacebookShare to Pinterest
Labels: astro photography, astrophoto, astrophotography, planets
These two shots are stack of orions nebula this first shot is stacked using astro stacking software which was a bugger to get to grips with. but i like the out come. 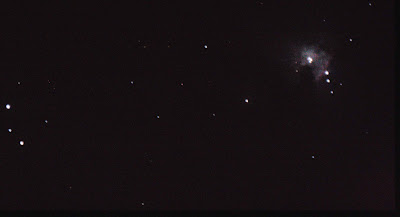 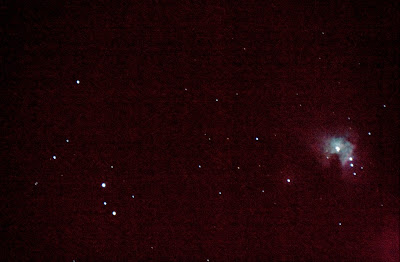 This shot was the same set of photos but i stacked it in photoshop to see if i could the the nebula to have better colours. i like the nebular but not the sky.

astrolambs flickr
Posted by Backwards lamb at 04:59 No comments: 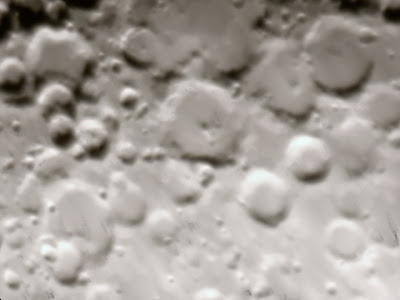 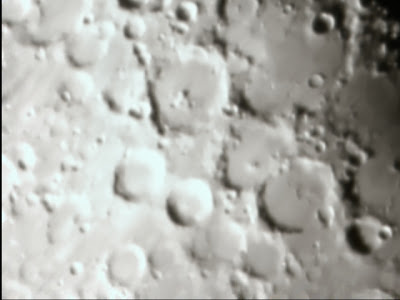 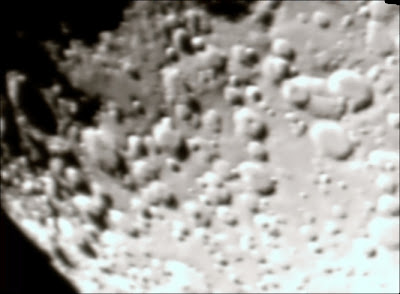 The first few posts will mainly be photos and a little description as they were taken a while ago.

These three shots are my first try at webcam stacking, the focus could have been a little better and my tracking is a little too vibratey so makes it hard to get a goot stack but when the moon is back im going to try again.


astrolambs flickr
Posted by Backwards lamb at 04:32 No comments: 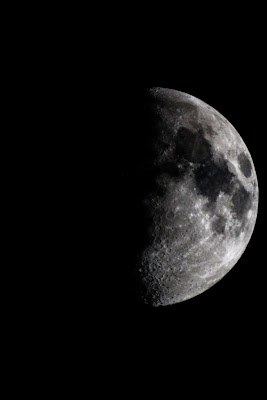 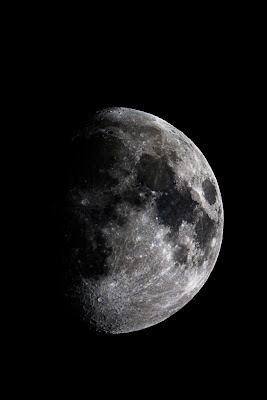 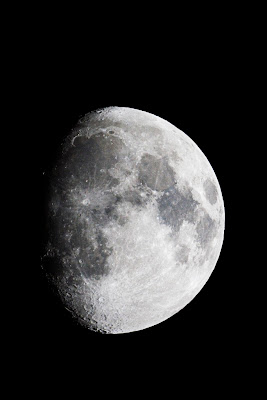 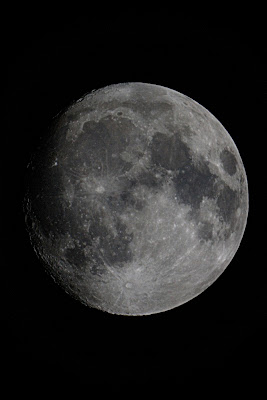 To start the first lot of posts will be mainly photos with a little discription as these were probably taken along time ago. if you have any questions just ask.
these pictures are a few phases of the moons, with diferent types of post production, mainly hardlight overlays and high pass filters to bring out details. Sometimes i will have played with the curves of some of the layers to get a higher contrast.
The equiptment used for these photos is a celestron C90 Mak (which is a great little scope) with a canon 350D T-mounted to it.
Check my flickr at astrolambs flickr
Posted by Backwards lamb at 04:05 No comments: